Where no clay is safe in North Carolina! 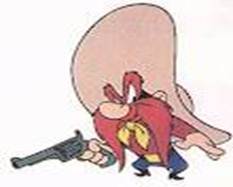 We had a good crowd this month. 18 shooters competed in excellent conditions. Clear skies, temperatures in the mid 70’s and very little wind. Doesn’t get much better.
First off I want to thank everyone for their help running the shoot. People pitched in to score, refill the trap houses, police the fields after the shoot and most importantly, reload the trap houses with targets after the shoot. Trap shooters are a great bunch and always eager to help with the shoot. Thanks again everyone.
David Barron was the top gun in singles with a score of 49 out of 50. Glenn Alford was second breaking 48. Third went to Bill Boston with a 46 and Nathan Snyder fourth with a 44. Nathan was the high gun in handicap with a score of 44 from the 21 yard line. David Barron and Fred Truelove tied for second with a pair of 42’s. A pair of 38’s by Wayne Averill and Bill Boston took third. Patrick Childers and Larry Dudley finished fourth with a pair of 37’s. Eleven shooters competed in doubles with the top score going to David Barron and Nathan Snyder who both broke 41. Glenn Alford and Patrick Childers tied for second with a couple of 38’s. Two 37’s shot by Larry Dudley and John Lowder took third and fourth was another tie by Jason Harris and Robert Mizner who both shot 36.
We finished early, about 1:30 PM thanks to the new earlier start time of 9 for registration and 10 for shooting. Everyone was happy to finish earlier.

The next trap shoot at Buccaneer will be held on October 19th starting at 9 AM for registration and shooting starts at 10 AM.
Top
Post Reply
1 post • Page 1 of 1